Nyochotan was born on 1995 in Madiun, East Java, indonesia.

He graduated from Indonesia Art Institute ISI Yogyakarta in 2020 majoring in Fine Arts. His work have a visual tendency of anime and manga character, which is build by his experience on his childhood that idolizing anime TV Series and manga which is a pop subculture from japan. That interest brought him to the Otaku culture that finally forming and impact his aesthetic taste.

The woman figures in his works (its not only because they were cute, but obviously after experiencing so many heartbreaks, he create their figures and made them main subject of his works, they) were from his imagination of his ideal type, they have their own story, their own character and their own attractive points, but more than the figures itself, he want to share his happiness of being otaku and take you to his utopian worlds full of color and cute things, when imagination is limitless and everything is possible. 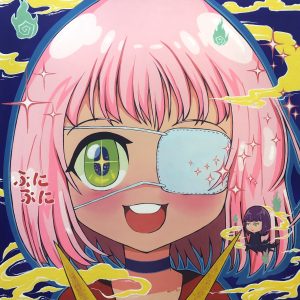 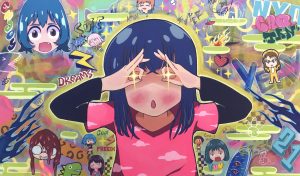